During a restructuring, the focus is usually on the business side: which structure do I choose, which business units do I want to keep and which do I want to divest, which financing possibilities do I have, etc. With some regularity, labour law aspects are forgotten, while they are potential obstacles.

In his blog of 5 November 2020, my colleague Pieter van Drooge discussed one of the most common restructuring methods, namely the legal demerger. If your organisation has a Works Council, it plays an important role in this process. If your restructuring involves the transfer of business units or even redundancies, you may have to deal with the rules surrounding reorganisations. You may also have to deal with aspects related to the transfer of business. For more information, please visit our website reorganiseren.nu, where you can download a free e-book, and contact our employment law specialists.

There is a great deal of case law on the subject of companies being left in the lurch when the rules of the co-determination law have not been adequately complied with. In this article, we shall limit ourselves to the role of the Works Council. But please note: for a restructuring that could lead to job losses or a major change in the work of at least a quarter of the employees, the advice of the employee representative body or, if there is no such body, the employee meeting must also be sought. So, not having a Works Council does not mean that you are not subject to the right of co-determination.

The Works Councils Act lists 14 decisions whose advice is required by law. These are not everyday decisions, such as: the transfer of control (or part of the control) of the company, the establishment or divestment of control or the termination of a long-term cooperation with another company, the termination of (part of) the company, downsizing, expansion or change in the activities of the company, reorganisation, making important investments or attracting important credit, providing security, etc. Many of these types of decisions will recur in a decision to restructure. To be clear, sometimes decisions other than those mentioned in the Act also require advice on the grounds of an earlier agreement made with the Works Council or an 'acquired right'.

If the Works Council gives a positive recommendation, the intended decision can be converted into a final decision and subject to any conditions set by the Works Council, can be implemented. If the Works Council is not asked for its opinion although it formally has to do so, or if it gives a negative opinion, it can take the matter to court at the expense of the entrepreneur. The court can even go so far as to halt the implementation of a decision. But beware: the Works Council will have to do this within one month, otherwise it will be declared inadmissible.

There are various examples in case law, some of which are useful to share with you before you think about restructuring. We do emphasise that a definitive answer always depends on the circumstances of the case, but nevertheless we mention the following main points below.

3. The role of the works council in a demerger process: a number of points for attention from case law

As a main rule, the court will always ask whether the entrepreneur could reasonably have reached his decision. A decision can be unreasonable if i) procedural safeguards are violated, ii) if the substantiation is faulty or insufficiently convincing or iii) if insufficient attention has been paid to the consequences of the decision.

As noted above, the Works Council must be involved in the decision-making process at such a time that it is able to exercise significant influence. In his blog, my colleague Pieter van Drooge pointed out that the law - to a certain extent - also assumes this. For example, you must draw up a written explanation containing the reasons for the demerger, an explanation of the expected consequences for the activities and an explanation from a legal, economic and social point of view (Sections 2:334f(2) and 2:334g(1) of the Dutch Civil Code).

However, it is often forgotten that as an entrepreneur, you should actually share your intention with the Works Council much earlier. If, for instance, the resolution that is being prepared is not reported during the consultation meeting (Section 24 WOR), you will be faced with a backlog. The chances are that the definitive process will be surrounded by insufficient safeguards for the employees. If, however, a careful advisory process is followed, these shortcomings can be remedied. For this reason, it is advisable to make sound agreements with the Works Council about the way and time at which the Works Council will be involved in the decision-making process.

Is your demerger procedure part of an acquisition? Then take the role of the Works Council into account as well. For instance, agree on a suspensive condition or include a clause stating that consultation with the Works Council will still take place after a negative recommendation and that the (purchase) agreement can still be amended on the basis of this recommendation.

The judgment in the De Friesland/Zilveren Kruis Achmea case shows that if the entrepreneur and the Works Council disagree on the content of the strategy, the entrepreneur generally draws the longer straw. In that case, the question was whether the entrepreneur was too late in requesting advice, after he had already made a choice from various alternatives. In other words, do you have to involve the Works Council from A to Z in the process leading up to your proposed decision? This question was answered in the negative in the case concerning the merger between health insurer De Friesland and Achmea. The organisational merger in that case was suspended pending the decision of the court.

4. The scope of the obligation to provide information

In a case known in case law as Standard Aero, the Enterprise Chamber (OK) of the Amsterdam Court of Appeal ruled on the scope of the legal information obligation. The case concerned the relocation of a branch office as a result of a takeover. The Works Council had asked various questions about this but had not received any answers. The judgment also showed that hardly any substantiation had been given for the proposed decision, even though it would have had far-reaching consequences for employees. Subsequently, the Works Council had given a negative advice.

5. Phased decsion-making as a solution

Some processes are so complex that it is undesirable to ask the Works Council for advice on a single decision. A common variant is to divide the intended decision into several phases. This can lead to discussions on what does and what does not fall within the scope of the Works Council's advisory right. In a phased decision-making process, the Works Council is generally more likely to be entitled to that information as long as there is sufficient connection between the various phases, see also the Standard Aero judgment cited above.

6. 7 Points of attention with regard to the obligation to provide information

In the foregoing, we have discussed a number of examples and outlines that you, as an employer, should take into account when it comes to decisions that fall under the scope of co-determination law. We have mainly dealt with some aspects relating to a demerger, but in general these aspects also apply to other decisions which require an opinion.

What does this mean for you? In the literature, the following lines are advised, which we heartily recommend:

If this information is not available, the employer must try to obtain it, for example by hiring an expert. information about third parties must also be provided under certain circumstances, under certain circumstances the Works Council must be given the opportunity to talk to other parties involved the measures to be taken to alleviate the personnel consequences must already be clear.

In this blog, we have discussed some important aspects of employee participation law in the event of restructuring, focusing on the characteristics and advantages of a legal demerger. In our next blog, to be published on 19 November, my colleague Arlette van Wessel will discuss, among other things, insurance law issues.

Do you have any questions about restructuring as a result of this blog? Please feel free to contact one of us. We would be happy to share our knowledge and experience with you. 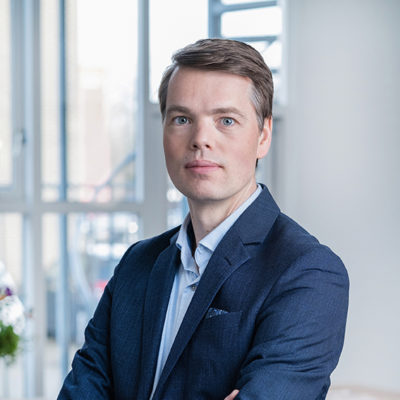 How can we help you?

Please feel free to contact us if you need any further information.